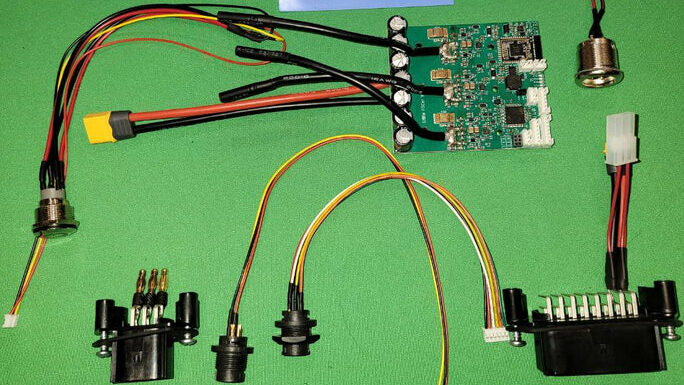 What Tools Do You Need For A Onewheel Tire Change? My experience has been great.

I’ve been lucky enough to avoid all of the known issues and my board came with 30% charge and working great.

First thing I did was unbox it, and take up a hill and drain the battery.

I ended up getting about 7 miles or ride before it died on me, and this was up and down some serious hills.

Since then I’ve ridden just about every day and it has been a blast.

My previous board was the Onewheel Pint and without any other context, I loved it.

I had my pint for about 2 years and right before the GT was announced, I was planning on either upgrading to the XR or getting a Chi battery.

I’m glad I waited for the GT.

Now this is only 50 miles in, so there are still things to explore, but this review is my gut reaction and my experience on the first 50 miles.

Let’s get into it.

This board is a notable difference from the Pint.

I got on and told my wife that this was a different animal.

There’s a power in this board that the Pint never had, and as far as I understand it, even the XR doesn’t reach this kinda umph.

I try to describe it by explaining the mounting experience.

With the Pint, I hop on and the board clearly powers up and groans a little.

The GT got ME up and was begging to ride.

Now the tire is a little different, it’s definitely higher and you feel that on any turn where you lean a little too far, but I found that after only a few minutes of riding I was able to avoid that tipping point.

I think with more time on the board I’ll get more comfortable with where that tipping point is and how to use it.

The tipping point used to scare me on the Pint too, but once you figure it out, you feel like you can own the board way better.

The torque and speed are pretty unreal.

I remember trying to show off to some friends when I first got my Pint and I tried to gas it and the board nose dived immediately.

I don’t know if I could get the nose of this board to touch the ground.

It has so much power.

I live in Bountiful Utah, right outside Salt Lake City, and this whole area is mountains and hills, and the GT eats them up for breakfast.

I’ve been thoroughly impressed with how the board handles hills and how fast I can get up them, it’s pretty insane.

I’ve only been off road for a few minutes on this board, and I’m honestly a little nervous to go on crazy trails because this thing has so much power that I feel like I need to learn the board better before I just go off in the woods.

The GT does love the streets though. I’ve been playing with Flow, Highline and Apex, and I’m surprised how much I like Apex.

I wanted to try and hit the pushback early on, so I threw it in Apex early and sent it and the board hit 19.5 mph and then gave me some pushback, softer than the pint, but still pretty clear.

What’s crazy is I think the board could soar past that 20 mph limit, but it’s smart to put the limit there.

As a 29 year old with kids my wife is glad I don’t go too crazy on this thing.

One of the biggest wins for me was the battery and the charge on the Onewheel GT.

Coming from a 2 year old Pint I was starting to only get 4-6 miles per charge, so the idea that a board could go 20-32 miles was insane to me.

I was even skeptical because of some videos I had seen saying that the high end of that range is pretty unrealistic.

I’ve so far not been able to kill the battery in one ride.

My longest ride was around 22 miles and I still had 40% battery left.

Now I know that there are multiple variables there, size, weight, tire pressure, terrain.

But the fact that I could get that kind of distance at all is just absolutely insane to me.

The board takes its time to charge, and I do have the fast charger which helps, but I can get so much ride out of 40% that I am never worried about getting a full 100% charge.

Also as someone who lives on a hill, thank you for the 90% cap Future Motion, it is much appreciated.

Honestly I would use that either way because its so much better for the battery and honestly how often am I really gonna ride the battery to death?

There have been plenty of issues surrounding the launch of the Onewheel GT.

My board was delayed almost 4 months, which yea, that sucks.

And I can imagine that if I got a board that had some issues I’d be pretty upset, but in fairness Future Motion, logistics have been kinda tough the last little bit.

Even companies like Apple have reduced the amount of products they can ship and sell, and that’s just the stuff we know about.

And I know that getting a product that either doesn’t work or has issues sucks (I bought a brand new iMac last year that just stopped working) but it really does happen to everyone AND I think some of what we’re seeing on reddit is made up.

I think people love to hop on the doom and gloom bandwagon, and if you don’t already know, reddit has a little bit of a reputation for being pretty salty and unforgiving.

I’m quite sure there are several customers who bought a board and just never posted about how great their experience is.

You’re only vocal about the crappy experience.

So I don’t mean to justify Future Motion, I think it’s good that we hold them to a high standard, but I do think we can all be a little more patient.

This is a brand new innovative product that works pretty well 95% of the time, and so we can all exercise some patience and give Future Motion an opportunity to offer incredible customer service.

I already said it, I love the board and I’m having a blast.

The more boards they put out, the fewer errors and issues there will be. I can’t recommend this board enough, the whole experience for me has been fun.

I actually kind of even enjoyed the delays because it gave me something to look forward to every week.

I found my self checking my tracker all the time and super excited when the board moved up a day or 2 (and also devastated when it got delayed) but I also became a bigger member of the community because of the shared waiting experience.

Go grab a board, it’s worth the wait.

Want to buy or sell a used Onewheel?